Here is the performance I did within Michelangelo Pistoletto’s Installation at VnH Gallery, Paris. He showed a square of hanging images of people photographing themselves. I invited writer Pauline Klein to exhibit herself with me, imitating the people on his pictures. The performance was filmed and photographed in the space delimited by the shadow of his picture.

The idea is to redefine our presence through the shifting image of this representation of the "act of photography" and the ephemeral appropriation of Michelangelo Pistoletto's installation on that particular day. Here, I re-photograph the image documentation of the performance.

Here is the transformed video from the documentation captation of the performance.

Here's the same video with the voice over of a silent conversation between Pauline and I. 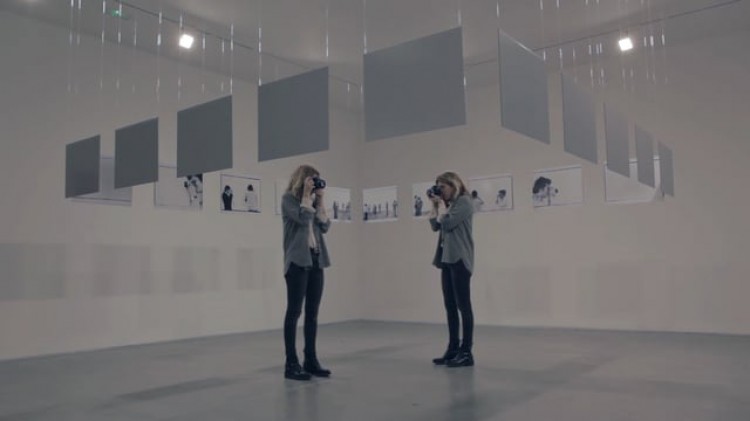 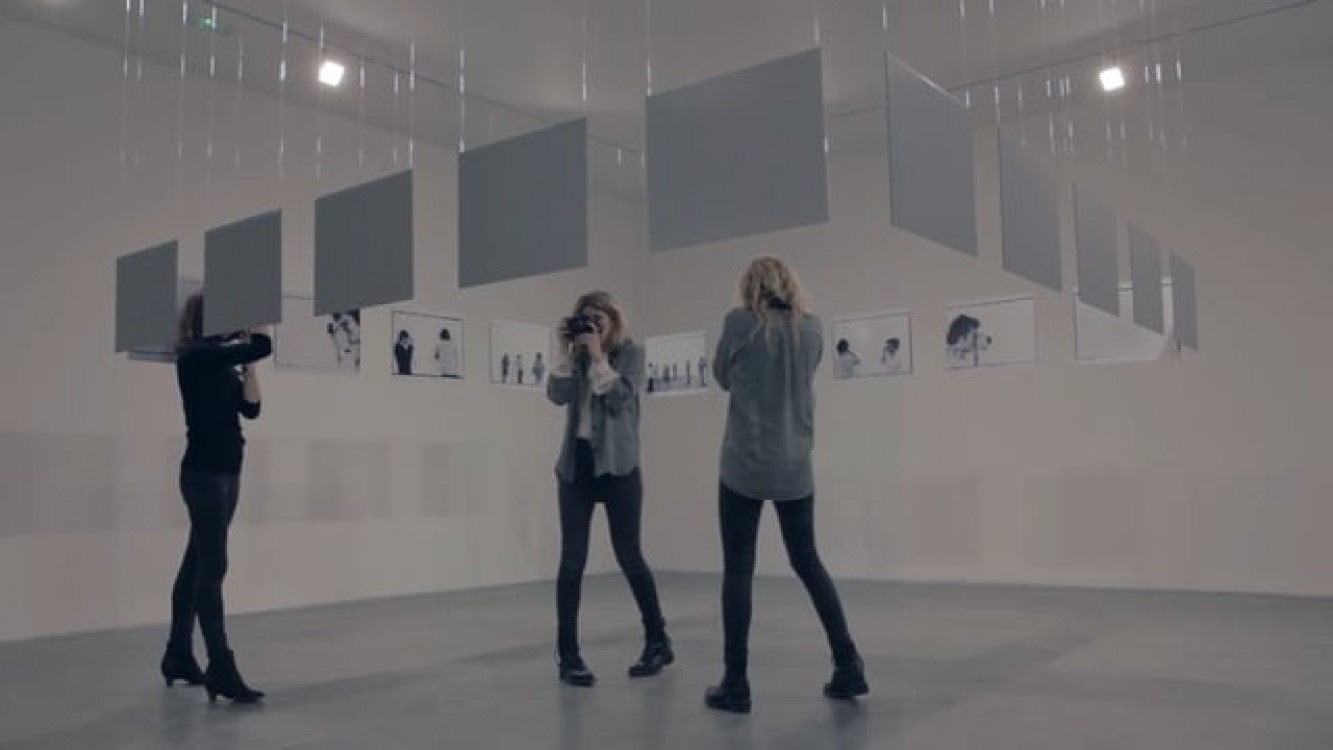 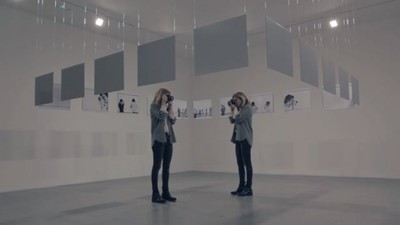 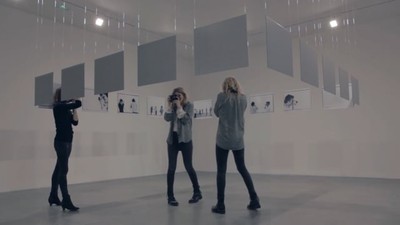 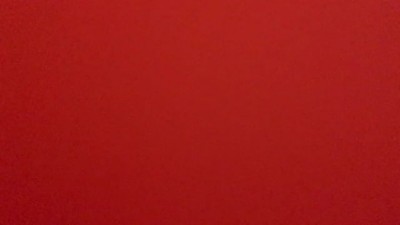 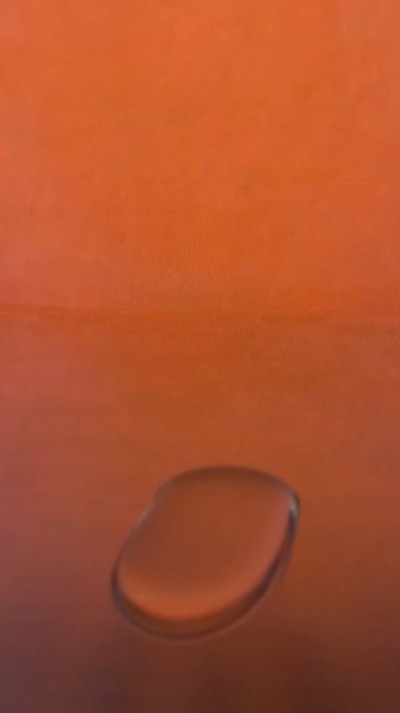 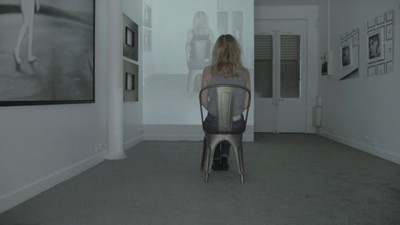 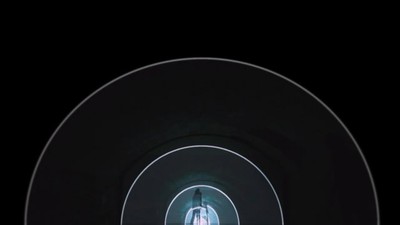 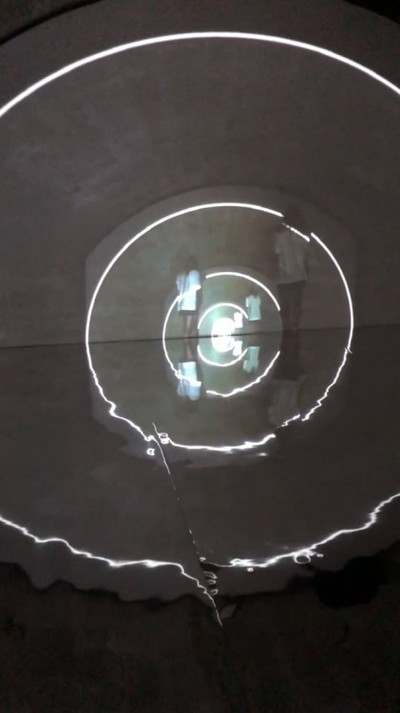